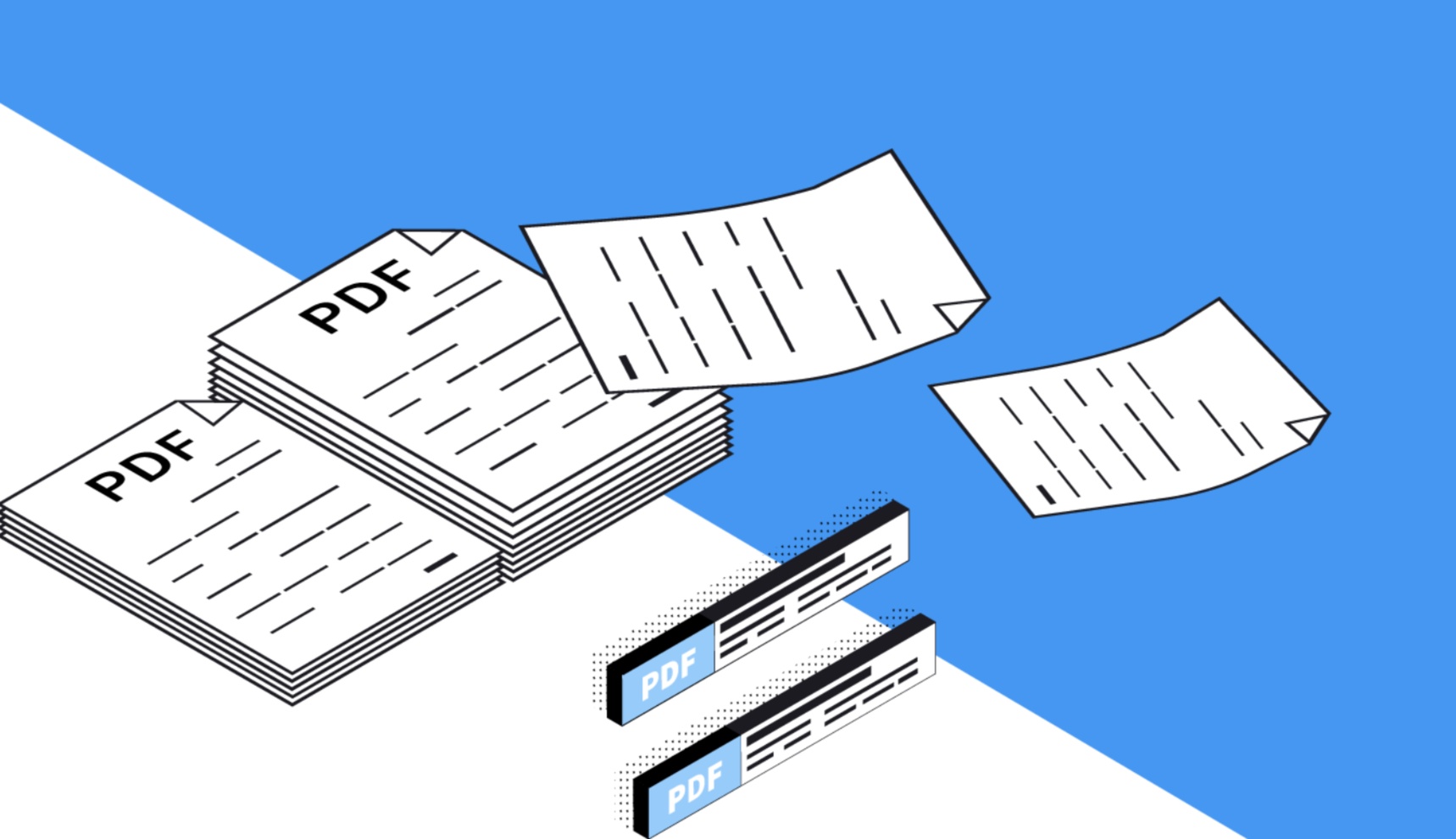 PDF has more functions than just text: it can include images and other multimedia elements, be password protected, execute JavaScript and so on. The basic structure of a PDF file is presented in the picture below: 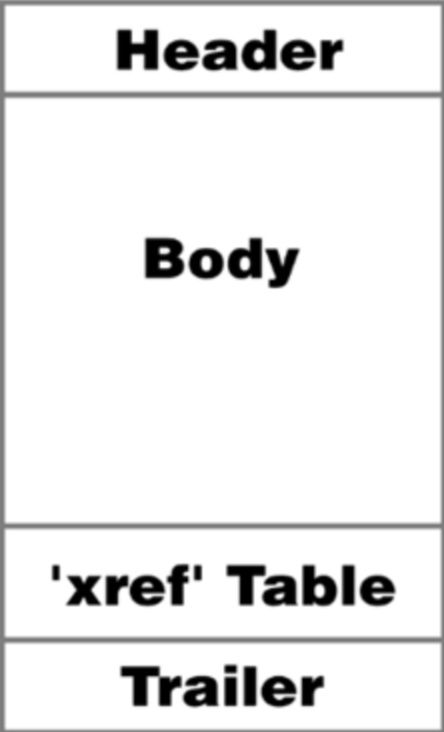 The header specifies the version number of the PDF specification used in the document.

This can be found by using a hex editor or the xxd command:

The temp.pdf PDF document uses PDF specification 1.3. The ‘%’ character is a comment in PDF. This means that the first and second line being comments is true for all PDF documents. The following bytes are taken from the output below: 2550 4446 2d31 2e33 0a25 c4e5 and correspond to the ASCII text “%PDF-1.3.%”. This is followed by some ASCII characters that are using non-printable characters (note the ‘.’ dots), which are usually there to tell some of the software products that the file contains binary data and shouldn’t be treated as 7-bit ASCII text. Currently, the version numbers are of the form 1.N, where the N is from range 0-7.

The Body section is used to hold all the document’s data that is being shown to the user.
In other words, the body of the PDF document contains objects such as text streams, images, other multimedia elements, etc.

This is the cross-reference table. Each object in the document has an entry in this table, which allows for quick and random access to objects in the file. There is no need to read through the entire PDF document just to locate a specific object. Every entry in the table is 20 bytes long.

Here is an example:

In the example above, there are four subsections (note the four lines that only contain two numbers). The first number in those lines corresponds to the object number, while the second line states the number of objects in the current subsection. Each object is represented by one entry, 20 bytes in total (including the CRLF).

The first 10 bytes define the offset of the object from the start of the PDF document to the beginning of that object.

What follows is a space separator with another number. That number is called “object’s generation number”. After that, there is another space separator, followed by a letter “f” or “n” to indicate whether the object is free or in use.

The first object also contains one entry with object’s generation number 65535. It represent the head of the list of free objects (the letter “f” that means free).

The last object in the cross-reference table has object’s generation number equal to 0.

Every object in a file is assigned a flag that indicates whether the object is currently being used (“n” for “valid and used”) or not (“f” for “free”). Free objects contain references to the next free object, as well as the generation number that should be applied if the object becomes valid again. This helps to ensure that every part of the file is accounted for.

The cross-reference table would look like this if every number was represented:

If a PDF document has been incrementally updated, it will usually contain multiple subsections. Otherwise, it should only contain one subsection starting with the number zero.

All PDF readers should start reading a PDF from the end of its file. This is because
This is because the PDF trailer contains the location of the cross-reference table and other special objects to the application reading the PDF document.

The example of the trailer is here;

The last line of the PDF document contains the end of the “%%EOF” file string. Offset from beginning of this file to cross-reference table is specified by a “startxref” string appearing before end-of-file tag. Our cross-reference table starts at offset 24212 bytes. This is preceded by a trailer string which designates start of Trailer section. The contents of trailer sections are embedded within << and >> characters (i.e., key-value pairs in dictionary format).

The trailer section defines several keys such as “/Size”, “/Root”, “/Info” and similar.

PDFs are designed for incremental updates, meaning we can append new objects to the end of the file without rewriting the whole document. This makes saving changes to a PDF quick and easy. The new structure of the PDF document is illustrated below:

The PDF document still contains the original header, body, cross-reference table and trailer. However, there are also additional body, cross-reference and trailer sections present which contain information on objects that have been changed, replaced or deleted. Deleted objects remain in the file but are marked with an “f” flag. Each trailer is terminated by the “%%EOF” tag and includes a /Prev entry pointing to the previous cross-reference section.

NOTE: PDF documents with versions 1.4 and higher can specify the version entry in the document’s catalog dictionary. This will override the default version from the PDF header. This allows us to take advantage of new features without having to worry about older readers not being able to open the document.